5) To string the bottom strand, start at figure 3, a and repeat steps 1-4, but go through the bottom hole of the spacer. 6) To make the other side, remove the stop bead from the top strand. Attach a needle and weave to the top left 60 (figure 4, a-b). Repeat steps 1-5. central strand

swags Work the bottom two swags with a continuous thread.

closure Use a seed bead inside each bead tip to secure the strands’ ends. 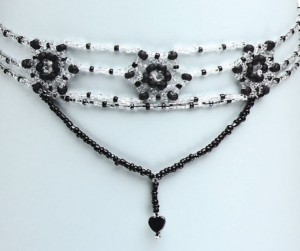 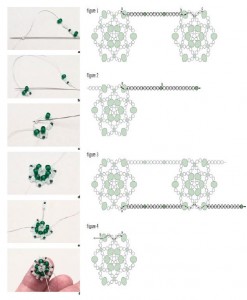 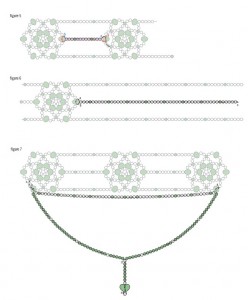